I Don’t Have Fans

Where Memories Are Made

Was it that bad?

It’s not a secret that this was my least favorite… And no surprise this reader felt the same way.

I stumbled on this review when I was attempting to put Stories Told (which contains Where Memories Are Made) on ACX (the site I use to have my audiobooks produced).

Instantly my heart dropped and I halted my possible production.

I have NEVER received such a negative review.

At first, I tried to reason with the review.

I looked up the reviewer’s profile and noticed something odd. Well, a few things that were odd.

Is this someone that I’ve offended in some way?

Is she really that dedicated to proper sentence structure and has zero admiration for anyone who dares to write outside the lines?

Why attack my story so fiercely, all while not even completing the story?

I took my concerns to a few different writing groups I’m a part of, and well, things just got worse from there.

I was more so sharing my experience than I was looking for someone to critique my work further. Though many of them were trying to be helpful, it still added salt to the fresh wound.

Unfortunately, the entire experience just threw me in a dark place.

Here I was, trying to find an excuse for why someone would have given my story a review like that, and in my search, I found more validation.

I was starting to really second guess my abilities.

Then things started to go even further south.

Where Memories Are Made had been at an almost 90-day standstill with sales. Now, now copies were being purchased.

I honestly thought that when this day would come, I would handle it with more grace. I believed that I would take the negative and learn from it. Slowly, very slowly, I’m pushing myself in that direction. In that initial moment, however, I seriously contemplated removing my story altogether.

It takes a certain type of person to, not just leave a negative review, but to personally attack the author that wrote the story. “A preteen making up silly stories” implies she is referring to my work as a whole and is not just aiming her review at this title alone. Sure, I could be reading more into this than what would be considered ‘healthy’, but the butthurt is strong in me, and this was my way of coping I suppose.

There is no doubt that more negative reviews will follow this and I’m sure I’ll be just as upset.

I know deep down that I need to separate myself from any negative feedback, or at least grow from it, but I am human.

If any other author has went through this, or fears going through it, then allow yourself comfort in my experience.

You are not alone.

You are not less talented.

You can’t give up.

We authors have to weed through the criticism that is meant to be helpful and the ones that are meant to be hurtful.

Take the helpful comments and use them to your advantage.

Take the negative ones as inspiration for characters to kill off.

Or in my case, kill the entire story three years later and release a second edition.

Hello. It’s been a while… 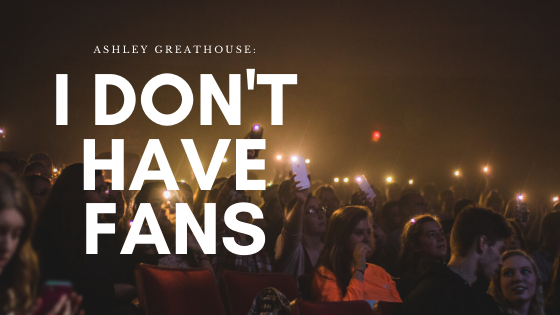 I Don’t Have Fans